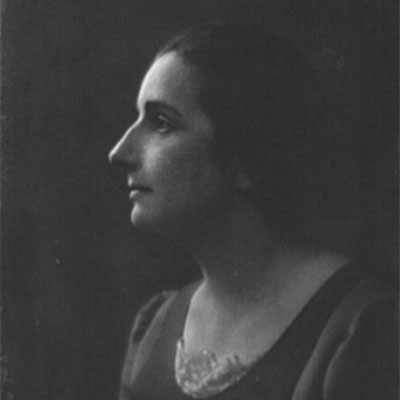 The American Weekly magazine published an article on July 25, 1943 titled ‘Alcoholism – Laymen Join Science to Cure It’ written by Genevieve Parkhurst (couldn’t possibly be a relative of Hank, could it?). I suspect that the article I have is the third in a series, for underneath the name of Genevieve Parkhurst is CHAPTER III.

Genevieve Parkhurst wrote “Drinking and Alcoholism” for Harpers Magazine in July, 1938 (see Cora Finch #4877). Jim Blair has documented Genevieve Parkhurst in #1184 and #975, with Jim having provided her entire article entitled “Laymen and Alcoholics” in #975. But, unless I’m in error, Genevieve’s articles in The American Weekly have not yet been discussed here.

This one article came to my attention because of correspondence written by Bobbie Burger, the successor to Ruth Hock as a National Secretary for AA. The exchange was between Bobbie and a Georgian by the name of Art B. of Marietta, GA, then a member of the Atlanta Group.

In mid-July of 1943 Bobbie Burger mentioned that she was swamped with inquires from a newspaper article. At the end of the month, she reported that AA in New York had received over 1100 letters since the first The American Weekly articles. Since Bobbie wrote in the plural here, a good guess would be that the article I have is the third in a series (The American Weekly is 16 x 21½, 32 x 21½ when opened – almost 5 square feet – newspaper size for the times, with a very small font).

Somewhere I thought I read that the 1100 responses made the article, at the time, second only to the Jack Alexander March 1, 1941 article in generating interest in AA.

With only what I believe to be the third article in my possession, the contents of the first two parts remain beyond my reach. Anybody with access to these two articles is encouraged to share their contents (July 11, 1943 and July 18, 1943 are guesses as The American Weekly issues in which the Parkhurst articles appeared).

However, the way this article concluded puzzles me, and I’ll quote it directly to see if it puzzles you.

“Said the founder of Alcoholics Anonymous, ‘We do not allow the tubercular patient to forego treatment. Therefore, if the chronic alcoholic refuses treatment, he should be committed to a farm where he would have comfortable surroundings, work to do, treatment and care. Parole and probation should be granted him only when he has shown signs of improvement.’”

The only mention of AA in this entire Parkhurst article is included in this previous paragraph. No mention of Biii W. or Dr. Bob was made. For all I know, somebody other than the two co-founders might have been masquerading as a founder to have said those words. For if you ask me, the quoted words from the article do not sound like an AA said them, co-founder or otherwise. The words actually sound more similar to assertions made by Charles B. Towns of Towns Hospital, who was not an alcoholic, but always focused on treatment. My confusion is further compounded by the use of the term “cure” in the title of the article, which doesn’t match INTO ACTION where there are the words “We are not cured of alcoholism.” Seems to me Genevieve Parkhurst wasn’t all that familiar with Alcoholics Anonymous after all. Maybe the first two chapters can shed more light on this puzzle.