Poseidon and the PC

“Poseidon and the PC documents the adventures of Lt. Paul W. Neidhardt (USNR) through one hundred and fifteen of his letters written to his wife during World War II.

Long before ‘PC’ became equated with a “personal computer” or “politically correct,” the two letters were associated with “Patrol Craft.” These World War II ships had the mission of performing convoy escort duty and antisubmarine warfare. The PCs were meant to relieve the larger, far more valuable ships from the often monotonous duties of sailing at the speed of the slowest ship in a convoy. The 174 foot long PCs were so small that they were considered safe duty as more worthy targets were always available.

In high seas PCs floated as light as a cork in a bottle and as rough as riding a bull. A PC could entirely disappear from view in the trough of a large wave. The seasickness that resulted from the pitching and rolling of the PC was truly gut wrenching. If you didn’t get sick on a PC, you were seaworthy on any other Navy ship in the fleet.

Had the war not ended when it did, Poseidon’s typhoons might have substantially prolonged the war in the Pacific. A great typhoon sunk, beached or damaged more than two hundred American ships at Okinawa after the war had ended that were to be used for the invasion of Japan. Paul was the executive officer on one of the many PCs destroyed by this great storm, which struck on October 9, 1945. When Poseidon showed his power, Paul knew his PC needed all the help and good fortune there was to be found if they were to survive the fury of what Americans came to call Typhoon Louise.” 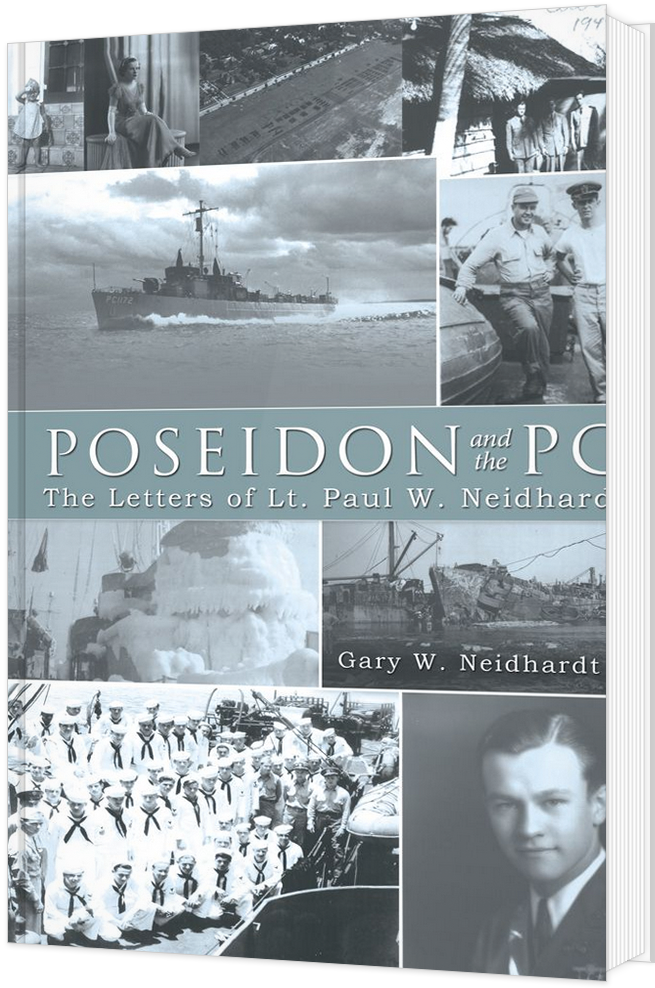